Online Craps: How To Play And The Best Craps Strategy!

Free Craps is a dice game that dates back to 1788, when it was still called Krabs. There are few classic casino games that provoke such strong emotions in players as Craps. The game has the entire crowd in silence when someone throws the dice in anticipation of the outcome. Feel free to play online Craps by visiting our preferred casinos, below:

Online Craps is a dice-based casino game played on a specially designed table with just two dice. The dice are manufactured to very high standards and are regularly examined for damage. After approximately eight hours of usage, the dice are changed with fresh ones, and craps casinos have established regulations about how a player can use them.

A craps player may wager on a variety of different number combinations with a single roll of the dice. Besides the primary game, which is known as the "Pass Line" and "Don't Pass" lines, but there are many craps variations in which you may attempt to anticipate how the dice will fall. After reading this article, you should be able to go up to your first online craps table, either online or offline, with enough information at your disposal to shoot the dice and play to win! 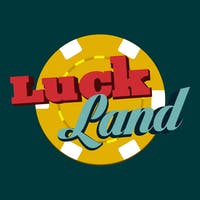 How Do I Play Online Craps?

An online craps table can hold up to 20 players, each of whom gets a turn throwing, or 'shooting', the dice. You may wager on the shooter if you don't want to toss the dice. You can place a variety of wagers on the table activity. A Stickman, a Boxman, and two Dealers make up the casino staff.

To begin, the Shooter, the player who will throw the dice, must place a minimum wager on either the Pass Line or the Don't Pass Line (also known as "win" or "right" bets and "don't win" or "wrong" bets). The Stickman hands the shooter a number of dice (usually five), and the shooter must pick two to roll with. The remaining dice are discarded and returned to the Stickman's Bowl.

When tossing the dice, the shooter must use only one hand and the dice must strike the opposite end of the table's walls. If the shooter throws one or both dice off the table, they must be examined before being placed back into play (typically by the stickman).

Come Out and Point Rolls

Come Out and Point are the two stages of each round of Craps. The shooter performs one or more Come Out rolls to begin a round. Players lose their Pass Line wagers if the Come Out roll is 2, 3, or 12. This is called Craps, or to 'crap out'. Pass Line bets win if the Come Out roll is a 7 or 11 (a Natural). The shooter keeps making Come Out rolls until he gets a 4, 5, 6, 8, 9, or 10, which is the Point. The dealer then places an On button next to the point number, signaling the start of the round's second phase. If the shooter rolls the correct point number, wagers on the Pass Line win. The pass line loses and the round ends if the shooter rolls a 7 (a Seven-out).

The game then switches to a new Shooter. If the current shooter succeeds in making his Point, the dice are returned to him, and the next Come Out roll starts. Although theoretically, the Come Out roll indicates a new game of Craps is about to begin, it is a continuation of that shooter's roll.

When the shooter misses his or her Point, the dice are passed to the next player for a fresh Come Out roll, and the game proceeds as before. The next shooter will be the person immediately to the left of the previous shooter, and so on around the craps table in a clockwise direction.

The dice are rolled over the layout of the online Craps table. The layout is split into three sections, two on each side and one in the middle. Pass and Don't Pass line bets, Come and Don't Come bets, Odds bet, Place bets, and Field bets are all included in each side area, which is a mirror image of the opposite side. The Proposition bets are in the middle area, which is shared by both side regions.

Online Craps has a huge amount of bets, which can be a bit discouraging for new players. Online craps may be tricky. No need with our qualified craps specialists. Contact us for any craps bet odds, payouts, and house edge. Don't worry though, we've listed each one below and made it as simple as possible for you to understand them:

The Come Bet follows the same guidelines as the Pass Line Bet. The distinction is that you can only place this wager after you've established the spot on the pass line.

A Come Bet is similar to a Pass Line Bet in that it is played in two rounds. The major distinction is that, regardless of the table's round, a player placing a Come Wager will wager on the first Point number that 'comes' from the Shooter's following roll.

If the Shooter hits their Point, a Craps player may find himself in a position where they have a Come Bet (perhaps with odds) and the following roll is a Come Out roll because of the Come Bet. In this case, it's safe to assume that Come Bets aren't functioning for the Come Out roll. That implies that if the shooter rolls a 7 on the Come Out roll, all players who hold active Come Bets on a 'come point' lose their original bet, but get their odds money back.

The odds on Come Bets are the same as odds on Pass Line, but players place their wager on the Come Bet rather than the Pass Line.

The following are the various payoffs for Field Bets:

These types of bets may be placed at any time and are all one-roll wagers, with the exception of the Hardways:

With almost a thousand rules to take into account, we can understand online Craps can be a bit daunting for players who are just starting out. That's why we've made a list with all the most asked online Craps questions we receive from our visitors. You can read them below, and feel free to contact us if your question is not listed here.

Absolutely! There is a huge selection of online casinos where you may play Craps for real money. It all starts with registering an account and making a real money deposit. Before you know it, you can place your Craps bets using the money that you have deposited. Additionally, you may choose to spend your money to play any of the other games the online casino has to offer.

You'll need an Internet connection or mobile data for your smartphone or tablet to play Craps online. Players may utilize an Android or iOS mobile device, and many online casinos even have a free App that you can download. You can also play online casino games, such as Craps, on a desktop PC or laptop.

The game of Craps, whether played online or in a live casino, has very few differences. For instance, the layout of the Craps table remains the same, as well as the types of wagers that are available and the dice are rolled. The difference is that online Craps is played at a considerably slower speed. The player has control over how quickly or slow the game is played. Another distinction between the two, is that online Craps has considerably smaller table limits. For as little as $1 each hand, you may enter in a game online. The lowest wager in a land based casino is typically $5.

There are several online casinos that provide free online Craps games. They are delighted to allow you to play the game for free in the hopes that you will fall in love with it and start spending some real money. You may be able to locate Apps for your mobile device that allow you to play Craps for free, but why would you want to do that when you could be winning real money?

Online Craps is allowed in numerous locations throughout the United States, as well as many other nations across the globe. Many of the online casinos that provide online craps are located in Europe, although states like Nevada and New Jersey have authorized a handful in the United States. It is up to you to find out whether online craps is legal in your state or nation.