The payments of top Twitch streamers have been exposed in the biggest data breach in Twitch history.

The payments of top Twitch streamers, especially those who specialize in online casino games and poker, have been exposed in the biggest data breach in Twitch history – and possibly one of the most catastrophic corporate hacks of all time. From August 2019 until now, 81 of the hundreds of thousands of accounts that got revenue from Twitch earned more than $1 million.

A billion dollars worth of code

On Wednesday morning, an unidentified hacker released a torrent link to a 125GB data dump on 4chan. The data contains everything a hacker could want, including all of Twitch's source code, Twitch clients, creator payment reports, and an unpublished Steam rival named Vapor, among other things.

The 4chan poster stated, "Jeff Bezos spent $970 million for this, and we're giving it away FOR FREE" (Amazon bought Twitch in 2014). Twitch subsequently verified the breach, stating, "Our teams are working with urgency to understand the extent of this."

Twitch amended a blog post late Wednesday night, stating that "some data was exposed to the internet due to an error in a Twitch server configuration change that was subsequently accessed by a malicious third party." The firm also said that it does not think account login information was stolen and that payment card details are not stored. Experts have recommended that anybody with a Twitch account update their passwords and use two-factor authentication. 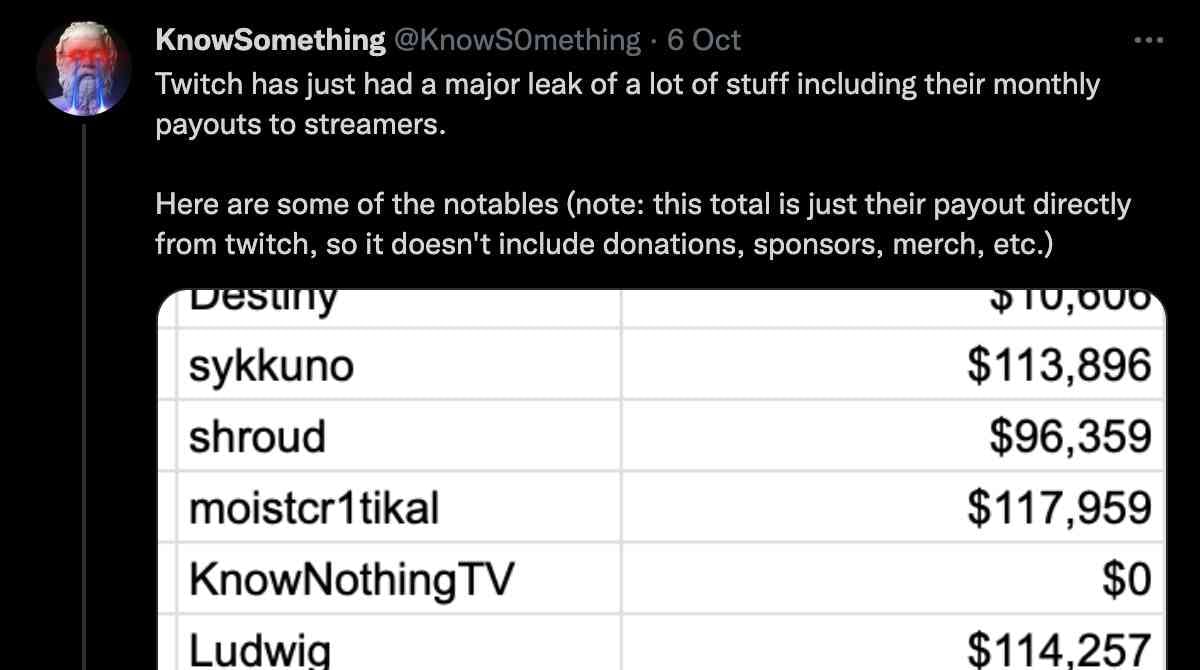 Donations and sponsorships not included

Jens "TheRealKnossi" Knossalla was the highest-paid gambling broadcaster from August 2019 to October 2021, earning over $2.2 million via Twitch according to EGR Intel and publicly available statistics. This figure does not include viewer donations or sponsorships; it only includes money received directly from Twitch.